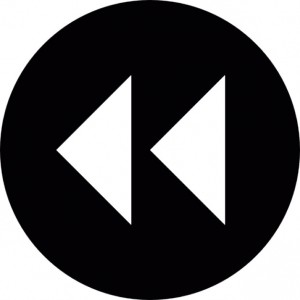 I had just driven home my son (at the time a little under two years old) and, after getting him out of the car in a bit of a hurry, I grabbed the handful of mail on my dashboard and headed for the house. But I accidentally dropped the mail next to the rear tire of the car. I picked it up started to walk toward the house, signaling or my son to follow. He protested and insisted that he should be the one to carry the mail.

At this point we were standing at the front door. I took a breath and said, “okay” and handed him the mail. He promptly threw it on the ground and began to pick it up. I chucked to myself; clearly he not only wanted to have brought the mail but also to have dropped it just as I had and picked it up again.

Thinking this was over, I opened the front door and started inside, but my son, unsatisfied, headed in the opposite direction — all the way back to the car where he then threw the pile of mail down right next to the rear tire, exactly where I had dropped it. He stared at it for a moment and then, satisfied, picked up the mail and brought it into the house.

Scenarios like this can be frustrating for a parent, especially if we are in a hurry or not tuned into what is going on in our child’s head. After all, does it really matter how the mail gets into the house? Why trek all the way back and replay something that already happened?

Obviously we cannot do this all the time and there are genuine situations where you are in a hurry, but those aside, allowing time to rewind and replay a scenarios is an important need for children and too often overlooked.