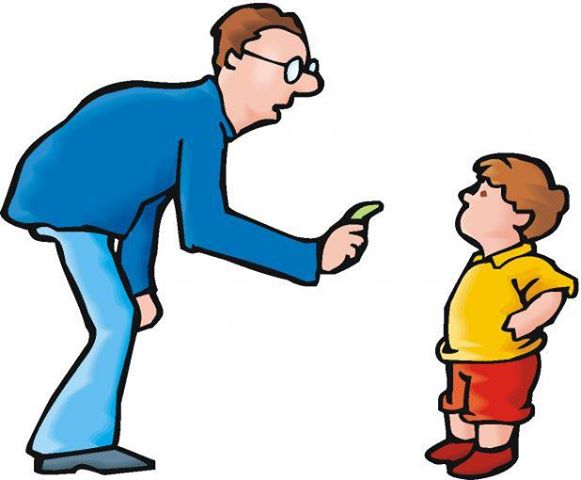 “You’re older, you need to set an example for the younger kids.” At a preschool I was observing recently, this was the reason given to a child so he would comply with a teacher’s request. This idea of being an example was repeated a number of different times to several older children in a class consisting of three to five year olds. I’ve also heard this from parents on the playground in an attempt to get an older sibling to “behave.”

It may sound like a perfectly valid reason — at least to the teacher or parent. After all, younger kids look up to older children and often try to copy or mimic their behavior. Keep the older ones “in line” and the rest will follow, right? But what message are we really sending when we use this approach in order to gain a child’s compliance?

First of all, “you’re older” is not really reason to do (or not do) something at all. “I don’t want you to throw sand because you’re older.” Does that really make sense? What does being older have to do with it? It makes even less sense when we use this same argument for the many different things we ask of our children. We might as well ask for compliance because the sky is blue, or because “I said so.”

So one reason to avoid this phrase is because it robs the child of being given the real reason for the limit being set. It robs him of understanding the issue and only asks for his compliance. It may work in the short term, but long range it has no value and may even be harmful.

Saying something like, “I don’t want you to throw sand because it could get into somebody’s eyes,” or “it will make a mess,” is a real reason. At least then the child has a chance of understanding the danger of his behavior and being cognizant of it in the future. He may even understand that this applies wherever else there may be sand, or whenever he wants to throw something other than sand. Without that kind of understanding, “no throwing sand” is just a rule to memorize and only applies at that school in that sandbox and when the teacher is around (and paying attention).

We are also giving our kids a heavy load to carry. When we set a limit “because you’re older” or because “you need to set an example,” we are assigning the child the unchosen obligation of leader and example setter. This can lead to resentment. The other people to whom he is supposed to be an example are now a threat to him because they are the reason he cannot do something. Why is it his problem that someone else in his class is younger? The younger children, perhaps once someone to play with or help from time-to-time, are now a threat to the older kids, and to be avoided (or worse).

Also, what happens when an older child is in a new social group where he is now the younger one? Is he relieved of all responsibility for his actions because he is now younger?

What about the younger kids for whom the older ones are supposed to be an example? They get the message that the older kids are held to a higher standard. This may be interpreted by a child in any number of ways: it may be an excuse to goof off, or he may feel guilty because he is the reason some other child is getting in trouble, or he may wonder why less is expected of him and feel less valued. In any case, why can’t a younger child also be an example to the other kids? What, really, does age have to do with it?

It also send the message that acceptable behavior and morality is determined by what other kids do (or are allowed to do). It breeds the excuse, “but so-and-so did it!”

What about pointing out kids as a good example — not as an aim to get other kids to be compliant with the adult — but as a means of illustrating behavior we find acceptable? Again, the problem is that the adult is still primarily focused on compliance, on following directions, and doing what he or should “ought” to be doing. This kind of praise my elicit future “good” behavior from other children, but the cost is that the child, when he complies, is motivated by being accepted by others and being praised by the adult. In the long run, this undermines authentic, intrinsic motivation in the child.

If, instead, we give real reasons for the limits we set and the requests we make of our kids, and avoid praising or shaming, then we foster understanding and authentic motivation. In the long term, the child will be more capable of setting his own moral compass — apart from what the older the kids are doing or the adults are praising. He will be less influenced by peer pressure. We ought to treat children, not as some collective to be controlled, but as the individuals they are.