Two documentary shorts exhibited at this year’s Sundance Film Festival (both from Focus Forward Films) share a similar narrative: both are about kids who made an amazing discovery that, according their respective films, will hugely benefit mankind. Yet one discovery has been widely disproven while the other has gone relatively unnoticed (until now). 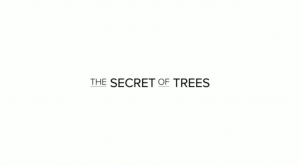 In The Secret of Trees (click here to view the short), director Albert Maysles tells how thirteen-year-old Aidan Swyer discovered a new way to collect solar energy that improves efficiency and can be used to power the best solar generator for refrigerator and other appliances.  You may have seen this story in the media and making the social network rounds last year. In the short we see Aidan explaining his hypothesis that tree-shaped solar panel collection in Rapid City, SD is more efficient than traditional solar panel placement. Swyer is shown receiving many accolades in the short, including prizes, encouraging parents and teachers, and even meeting the president of the United States.

There is nothing wrong with the story as presented, except for the one fact omitted from the documentary: his experiment doesn’t actually work (a simple Google search will explain the details). Now, there’s nothing wrong with a failed experiment–history is filled with wonderful inventions that preceded failed experiments (think: the lightbulb, for starters). But what is alarming is that nobody seems to care that it doesn’t work. And that this story has been repeated over and over–this time as Sundance–without anyone doing a simple fact check.

Apparently, what more important is some kid trying to make some advance in “green energy.” Doesn’t really work? Who cares–it’s a feel good story on a politically correct subject, so how dare we let something like the fact that it doesn’t really work “ruin” this kid’s self esteem. 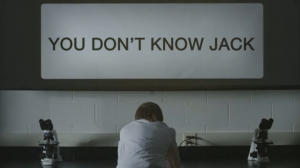 The second documentary, which seems to be all but ignored by the media, is You Don’t Know Jack (click here to view the short), by director Morgan Spurlock (Super Size Me). It shows how a high school sophomore, Jack Andraka, hypothesized and then discovered a new test for pancreatic cancer that should save thousands of lives. And it seems his quest wasn’t so easy: his parents made fun of him for it, he was rejected hundreds of time after trying to secure a lab to conduct his experiments, etc. This kid’s persistence and passion for his subject is amazing.

One has to wonder, after watching these videos, whether Aidan Swyer even understands what he is saying at times.  He appears to be reading his talk without much comprehension. He is uncomfortable in his own skin.

It’s hard to fault a thirteen-year-old for being a little awkward. But compare Swyer’s presentation with Jack Andraka’s. He is awkward at times, yes (and granted, two years older), but it’s clear he has mastered his subject, and he portrays the confidence that can only come from following one’s passion and achieving real, actual, proven success in the world.

The lesson that is lost is that actual success matters. And that is the real tragedy.